This Beeno, heat 2's runners up (of the Cambridge Rock Group competition), have what is best described as a flexible line-up, so I talked to the central figure in this band of itinerant troubadours, Richard Heeps. Richard started playing solo, with an acoustic guitar, as the Poet Painters in 82/83 "The Batman was my first gig, supporting Slap Kat. I'd only been playing the guitar for about six months. Jon Stanley, who went on to form the Lovely, joined me on drums and we always seemed to be supporting a rockabilly band for some strange reason. Then we were joined by Rosalind Metcalfe on keyboards. She hadn't played in any bands, she was more of a classical pianist. I was writing the songs at first and then Jon and Rosalind started coming up with their own material. The Poet Painters came to an end because we all went off to college. We were going to reform and do the first Rock Group competition but everyone had their own ideas and nothing came together. Funnily enough I was going to do that one with just me and a girl singer. We pulled out in the end and my brothers band, The Brink, took our place."

"I then moved to Reading, working in a handicapped school for a year. I came back to Cambridge and I basically wanted to make a tuneful loud noise, if such a thing exists. I recruited Martin Kay (bass), because I knew he'd been in a punk-ish band. This was 3 months before the 2nd Competition. At the time Martin joined I started writing songs with John Gregg. Me and John would write these songs and This Beeno would play them." They entered the 2nd competition with Clive Bass (drums) completing the line-up. They got nowhere and shortly afterwards Richard and John recorded under the name Promenade, "because Clive didn't want John in the band, something about his age, which I think is ridiculous." With Clive gone because "the drums were just wrecking the songs", John started to play live with This Beeno and various other musicians were brought in. "The whole idea, all along, was to write these songs and bring along musicians to brighten them up, give them an edge. The idea is to experiment with different things, and find out what works best. In the end it worked best with just me and John and something else, like the trumpet. I'm not so sure about the cello, it looked very good but never sounded good live." The next step was the Heaven tape, which sold about 120 copies. "People bought it because of the songs, I think that's really brilliant."

They entered the third rock competition, which was the only time they played two gigs in a row with the same line-up. "We got as far as the semi's and if we had got into the final we'd have just done an acoustic set, just me, John and Richard Serwell (trumpet). We thought you had to have gimmicks like smashing up cardboard guitars. That's why we didn't do anything with cardboard this year. We don't want to rely on gimmicks, I don't think it's necessary. When you start doing those kind of things, like Colonel Gomez, you've got to keep on doing them." Their semi-final appearance "was our last gig with a rhythm section. There's always been a battle between the songs and rhythm sections, and now that battle has ceased." 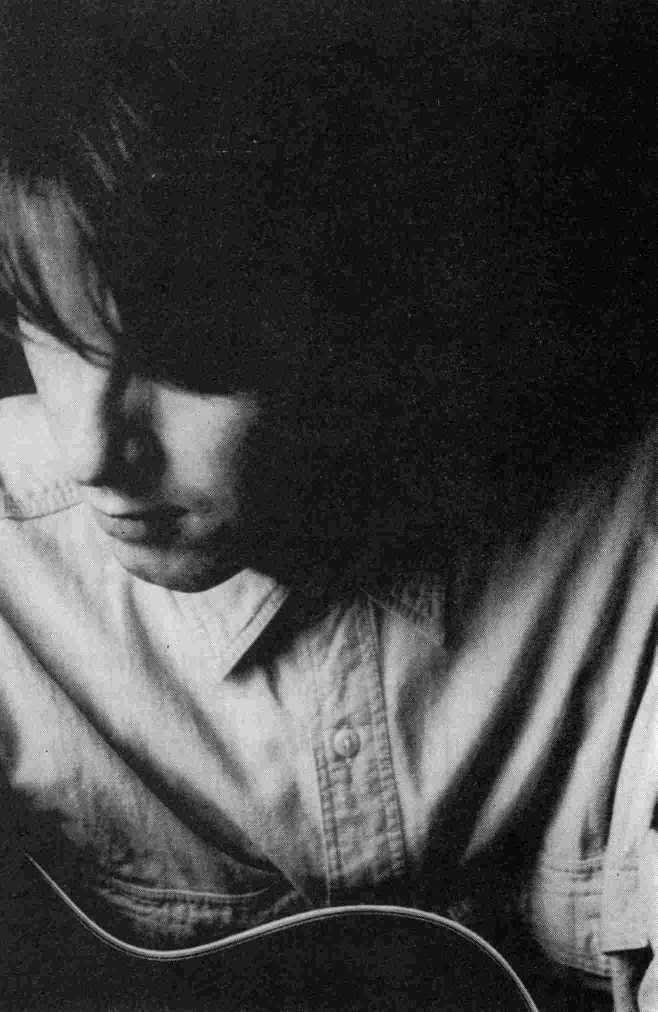 This year's competition saw This Beeno down to just Richard and guest vocalist Claire Brooker (of The Principle). The rest of the band can make the semi-final but the rules forbid them from appearing. It was certainly a courageous move on Richard's part to do a song ('White Walls') acapella but he hopes his semi- final place was not due to the 'bravery vote'.

"At the heat, on the new song, 'The Hook', I wrote a new verse while I was playing. I'm liable to do that even when I'm playing with the band. I want people who can just go up there and improvise. That was probably the problem with This Beeno in the early days because they just went along with what I said and it was my responsibility to come up with the ideas. With Claire she came along and put her own ideas in, I didn't have to tell her what to do. I think she's as mad as me. When we're playing live John seems to read when I'm about to make a mistake and unlike any other band which is led from the drums, all the timing comes from my vocals. Obviously when you play solo it's a big advantage, because I do make a lot of cock ups."

"The only political song we've written is 'Gatling Gun'. People get it (Out On The Wire) wrong, it's not a song about wars or politics, it's just anti-violence. As a person who's felt violence it's just my reaction to it really. Everyone says it's ('Loves Got A Hold On You') a real nice song but it's about being a bit of a bastard at the same time."

"There are some really good musicians in Cambridge, but there are no songs, and a band without songs has got no foundation in my book. It's just playing to the groupies. Actually I'd quite like to do a cover of 'If I Looked Through Your Window' by Spiritwalk. I could see John and myself doing an acoustic version of that song. I'd like Cambridge bands to do covers of each others songs. I'd love someone really famous to record a This Beeno song."

"I'm not a guitarist, I merely see the guitar as a tool to write songs. I don't find the guitar generally a good way of expressing oneself. I think a trumpet can be really expressive, but the guitar has been used so many times that you become numb to it."

"Both me and John are obsessed by seaside resorts. One of the most disturbing things that happened to me in recent times was when Shanklin peir fell down in a gale, because to me Shanklin is the greatest but whenever I go there its crawling with Mods. In 'Heaven' it's saying there's something beautiful in that decaying Victoriana."

In the future we can expect a 10 track tape from the band, possibly featuring re-recordings of material from Heaven. The line-up this time will be Richard, John and the trumpet player Richard Serwell together with guest musicians. This tape will be sent to record companies, and will probably be their final fling so catch them before they're famous or gone forever!

Richard is still playing as This Beeno and makes a living as a photographer.